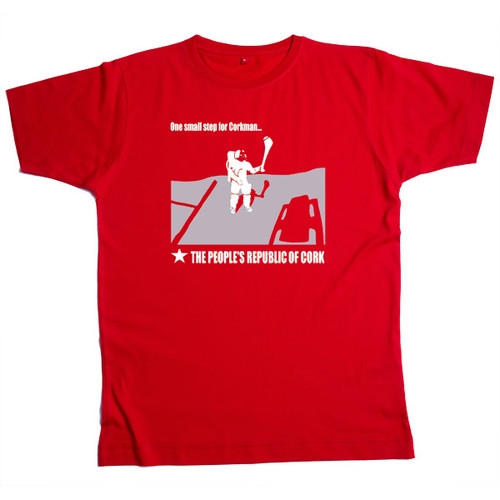 One Small Step for Corkman

Not many people know that Neil Armstrong and Buzz Aldrin weren't actually the first fellas to land on the moon. Their pilot who got them there was a Michael Collins. We're fairly sure he's one of Patsy Collins's young fellas from out around Drinagh. The real story of the first moon landing is that Collins nipped out the night before when Neil and Buzz were asleep and had a puck around with his hurley. He was roaring "H'on the Rebels!" half the night but the other lads never heard him. This t-shirt commemorates the REAL first man on the moon.