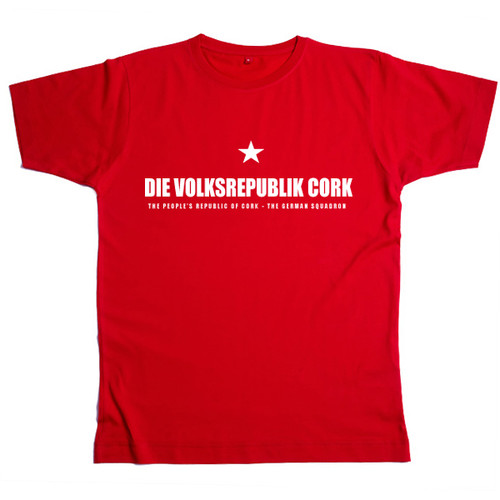 German version of the Peoples Republic of Cork t-shirt.

As a member of the PROC German Squadron you have a series of very important diplomatic responsibilities on behalf of the People's Republic whether you are a Cork native or from a German speaking nation yourself.

By wearing this t-shirt you will spread the word about Corkonian independence and highlight the differences between those who manufactured the debt crisis above in Dublin and the salt-of-the-earth crowd down here in the People's Republic. We're sound out we are.

There's a high chance that a couple of weissbiers will be forthcoming as they listen to you explain the wonderful philosophy of Corkonians in your beautiful accent.

Size Guide (We're happy to exchange sizes if you're not happy once it is in perfect condition).