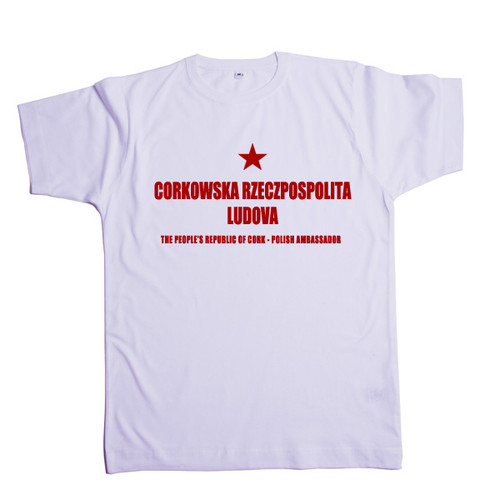 The red and white, the blood and bandage, were already both our favourite colours so things were destined to work out between Corkonians and Poles from the start.

If you end up in Poland at Euro 2012 without a place to stay there's surely a Corkonian Pole who'll let you set up camp on his couch for a night...or ten. The tee will sway any doubters who might think you're a Dub or a Kerryman chancing their arm.