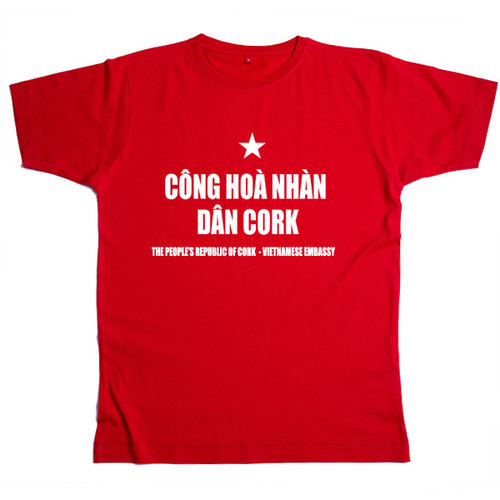 The People's Republic of Cork t-shirt in Vietnamese.

It was once said that the mightiest citizen army in the world would be made up of the West Cork Flying Column who defeated the British and the Viet Cong who clipped the Americans. Even in these thankfully more peaceful times it would be harder to find a tougher breed than the Vietnamese and ourselves so its important that the Peoples Republic of Cork Vietnamese Embassy remains open. If those Kerry fellas ever get notions of invading us we'll have some savage backup to call on!