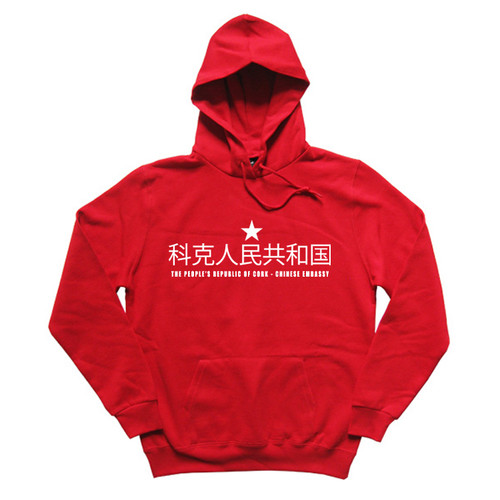 Chinese version of the Peoples Republic of Cork t-shirt.

With a population expanding almost faster than Carrigaline's, China is booming so this t-shirt will automatically endear you to almost 20% of the world's population! After all, sure isn't their country named after our county...?!

It has also been approved for full PROC diplomatic immunity inside De Other People's Republic allowing the wearer to talk loudly about Beamish, Murphys, Barry's Tea and the state of your wan in last night's Echo.